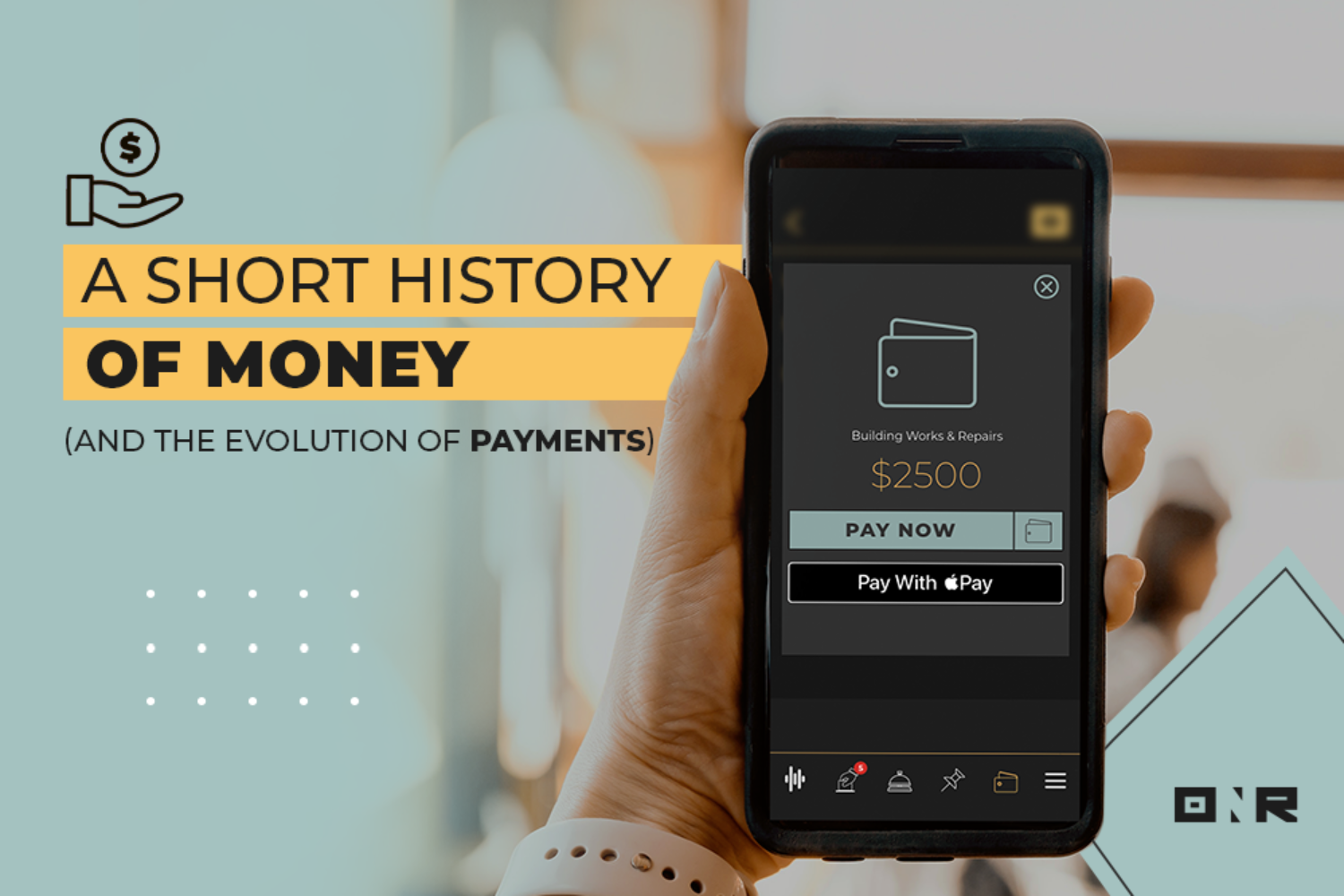 Long before we could tap our smartphones to execute a financial transaction, humans used a barter system that didn’t require a medium of exchange (i.e. money) to facilitate the swap of goods or services. Thousands of years ago, surplus produce, objects, or skills were exchanged through an agreed value, allowing for immediate multiway benefit without a physical token of currency. The first use of commodity money can be traced back 100,000 years to Swaziland, where red ochre (a type of clay earth pigment) and shell necklaces served as reciprocal tools of exchange millennia before the market came to formally exist.

In Ancient China, people developed a method that involved the use of tokens—lighter to carry than metal ingots—which represented the particular amount of a certain object. It meant that what was being traded didn’t have to be carried around, making it easier for negotiating in distant lands or when dealing with heavy loads. The tokens were a precursor to the first stamped coins emitted by the Qin Dynasty, round pieces of copper and silver, each with an assigned value. Another of the earliest examples of commodity money was the Mesopotamian shekel, which represented the approximate mass of 160 grains of Barley. 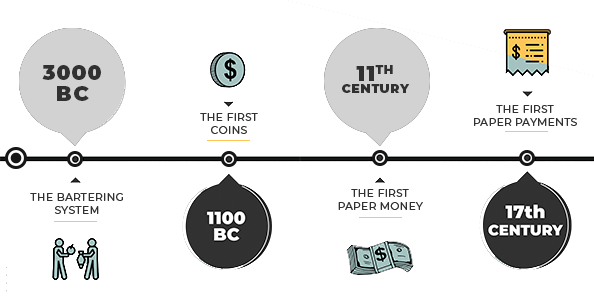 The first civilization to formally use gold and silver coins was the Lydians, whose King Croesus is thought to have been one of the wealthiest people in history. Eventually, the commodity money was replaced by representative money which could redeem the commodity deposited with merchants or banks. The first banknotes were known as jiaozi and were used during the Song dynasty in China. The paper notes made their way to Europe through traders and explorers such as Marco Polo, who brought some back after interacting with the Yuan dynasty in the 13th century.

The continent was used to trading with the Italian Florin, and it wasn’t until 1661 that the first banknotes were issued in Sweden, at the Stockholms Banco (which was liquidated only six years later). That said, the Spanish dollar remained the most important currency used in Europe, including in the colonies, where it played an important part in the independence of the 13 colonies, which had begun accumulating the tender after being prohibited by the British Empire from minting their own currency.

From there, history is a bit fresher in our heads: we eventually adopted the use of banknotes for larger sums and connected it to the gold standard (which allowed you to exchange a note for fixed quantities of gold). Shortly after, we developed the fiat currency (fixed to the U.S. dollar until the 1970s), serving as a medium of exchange, a measure of value, an international standard, and a way of storing wealth. Although still widely accepted, with the rise of credit cards and later digital transactions, the physicality of currency is no longer needed today.

Money is now a series of binary codes that transfer virtually from one terminal to another, literally with the tap of a screen. We’ve entered a new era where your phone is your bank, and most of your transactions can be made without leaving your home. Nowadays, it’s expected that every application and digital platform adopts online payment services; such is the case with companies like Uber (which allows determining the price you’re willing to pay for your ride while having the possibility to include a bonus for the driver if you appreciate their disposition towards making it a phenomenal trip) and ONR (a property management software company that enables homeowners and renters to pay fees and even give valet tips).

The new reality of how we make our payments is already here, but what’s changing is the currency. Slowly but surely, since Bitcoin launched in 2009, a wave of cryptocurrencies has once again coded our money so that every transaction is traceable within a limited and closed-loop system, guaranteeing more transparency during the management of funds. So what does the future of money look like? According to David G.W Birch, author of Before Babylon, Beyond Bitcoin, the future of the way we pay things will be mobile-first and city-centric, echoing the need for a more robust community which will most likely develop their own micro-currency synched to a global exchange system regulated by artificial intelligence.

Humans are once again resorting to smaller collectives and more direct interactions, which in turn will mean that banks will become less relevant as smartphone producers develop their own processing platforms (á la Apple card), allowing for person-to-person transactions in what will inevitably end up feeling like a digital barter—taking us back to our roots. When strangers begin to act like neighbors, communities thrive.