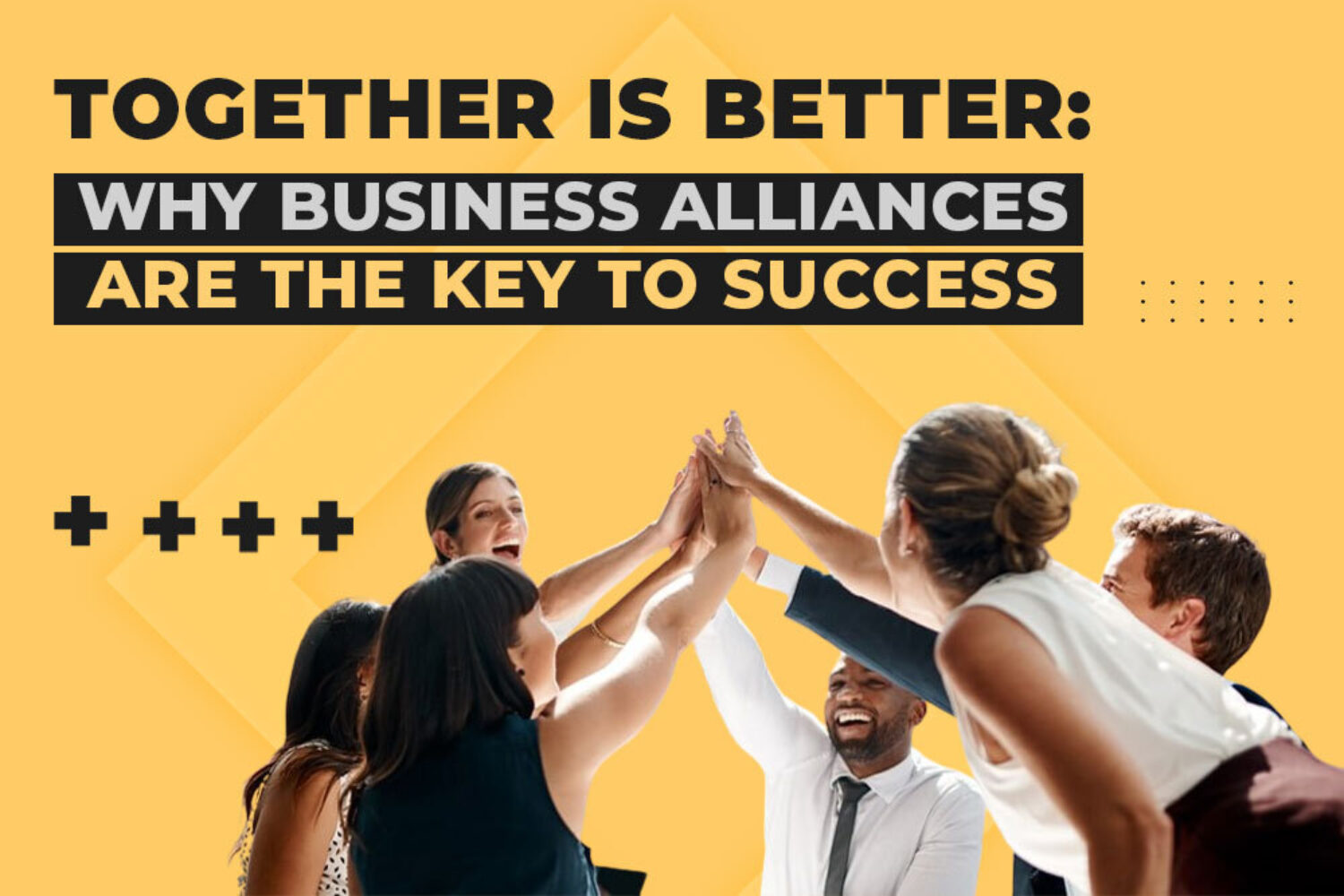 If we look closely at the history of nature, we’ll realize that cooperation amongst the same species—as well as the symbiosis between different species—is what has led to strengthening the collective. The same applies in politics; for centuries, powerful clans have joined forces—through treaties or strategic weddings—to strengthen their capabilities and reach. The model can be replicated across different businesses, with the result always being the same: uniting aptitudes and skills will result in enhancing each other’s field of operation in which ultimately the client receives the most benefits.

Here are a few famous alliances that have changed whole industries: 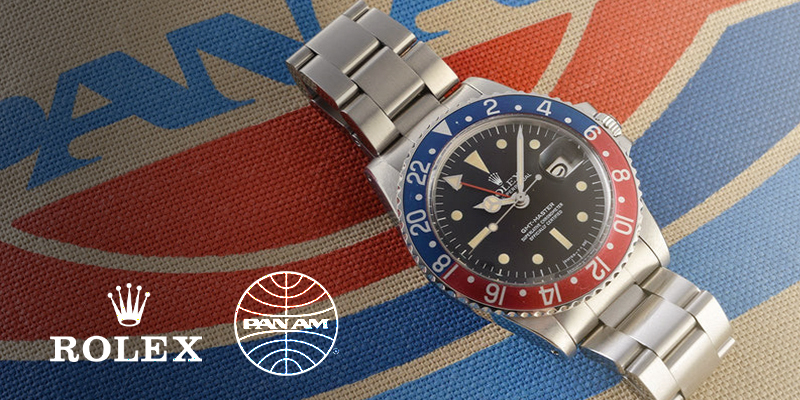 During the golden age of aviation, flying across the globe onboard a PanAm was synonymous with class and status. Back then, airplanes were comfy and spacious, and if you were flying first-class, you would be in for an elite experience with fine dining and the best wines. But it wasn’t just the passengers that got lucky; PanAm took good care of its pilots too.

So much so that in 1954, the airline approached Rolex with a request: develop a watch that would allow the crewmembers to simultaneously read the time at both the place of departure and arrival, giving them the possibility of working around the jet lag. The result is the first GMT reference, achieved by a collaboration between René P. Jeanneret of Rolex with Captain Fred Libby of Pan Am. Since then, pilots flying across the Pacific and Atlantic have a way to keep time in their place of origin, without having to calculate and be confused with the different time zones they cross.

One of the biggest issues our civilization is currently facing is what to do with all the waste we produce. Billions of tons of trash are created by us daily, with most of it ending up in landfills that generate toxic greenhouse gases that warm the atmosphere—or even worse, floating around in our oceans where sealife is highly impacted by the debris.

That’s precisely why Parley started ten years ago. Its founder, Cyrill Gutsch, knew there had to be a way of turning the leftover plastic that washed up on our beaches into something useful. It was only after sitting down with the creative team at Adidas that Gutsch managed to convince them to partner and launch a series of products—including running shoes—made from recycled plastic that was recovered in coastlines globally and turned into sturdy threads that could be used as fabric. 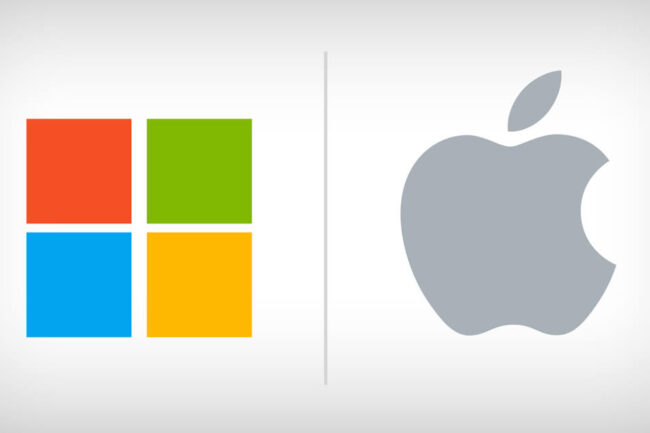 During the PC boom and the early days of the Internet, there was this notion that Microsoft (Bill Gates) and Apple (Steve Jobs) had a stern rivalry. Even though they were often depicted in popular culture as nemeses, the truth is that Gates and Jobs got along quite well and often supported each other’s companies.

For example, Microsoft launched Outlook for Mac in Office 2011, while Apple made the Safari browser available for Windows. (Opening their platforms to developers globally has also resulted in a positive app boom, an open-source project that has propelled other tech companies, including Google and Nokia). But perhaps the most striking show of support happened in 1996 when Steve Jobs encouraged everyone at the company to stop thinking about Microsoft as a rival—disclosing shortly after that Microsoft would invest $150 million in Apple. 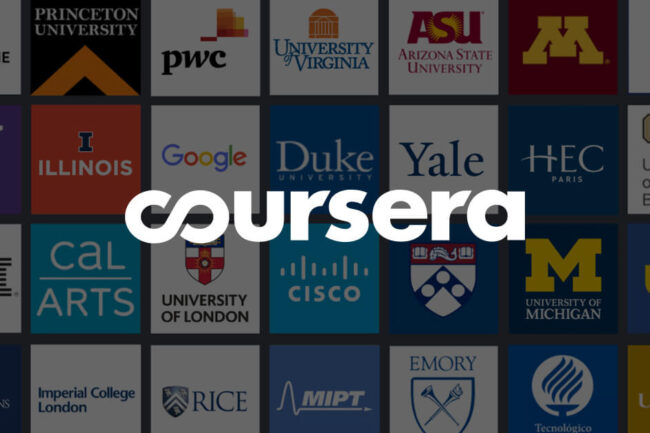 Through alliances with more than 180 of the most reputed universities around the planet, the once short-course platform, Coursera, is giving the opportunity to people globally to take bachelor and master programs from what was once an exclusive possibility. Having incorporated degrees from institutions such as Imperial College London, University of Michigan, Universidad de Los Andes, and Yale, Coursera has amplified the accessibility and flexibility of education, benefitting more than 110 million users worldwide. Universities also receive support from Coursera to develop the programs, offering curriculum consultation, assessment design support staff onboarding, vendor identification and training, and content review services “to align with research-backed best practices for teaching online”. All for the common objective of making education available to virtually everyone connected to the Internet.

If you were part of the Miami tech scene in 2022, you know it was a great moment to be in the Magic City. The team at ONR—the association community management platform that’s become the talk of the town—can certify that this was in fact a bountiful year. Beyond their steady customer growth, what really solidified the company was the series of alliances it struck with digital accounting powerhouses including TOPS, Caliber, and Quickbooks.

These strategic joint ventures widen the scope of possibilities already provided by ONR, integrating high-end back-of-house software that makes the life of every management company easier while granting the users visibility and accountability when it comes to tracking the association’s finances. “It’s the result of a cross-pollination between forward-thinking companies that value transparency, high-tech capabilities, unparalleled customer service, and take advantage of the latest digital resources,” says ONR co-founder, Carlos Guzman Laserna. “By merging our strengths and delivering them in one simple and powerful SaaS platform we’re fostering tight-knit communities. We’ve joined forces to simplify and streamline every party’s needs to improve quality of life across the board.”

Businesses aren’t in a vacuum and won’t survive long if they remain siloed within their operational comfort zone. It’s through strategic alliances that new markets are conquered, reaching a higher and more loyal audience. Mutual growth is the most beneficial, win-win scenario.